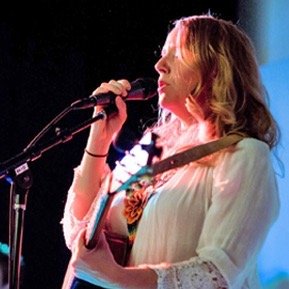 Bhakti Yoga, the Yoga of Devotion

Namaste! The deepest translation of this word means “the essence of me bows to the essence of you.” It is the common greeting in India, their version of “hello”. To me, this simple greeting is such a perfect reflection of the birthplace of Yoga. For those of you who know yoga to be exercise or stress relief, I would love to introduce you to the deeper, more foundational aspects of this ancient tradition. “Yoga” is a Sanskrit word that means “yoke” or “union”. The power of yoga is the 8 limbs that are meant to bring us into alignment with our deepest potential. Asana, better known as body postures, is only 1 of the 8 limbs of yoga. In the West, we tend to think of yoga as Asana. But there is so much more to be known about this ancient way of experiencing life. There is also yama: universal morality, niyama: personal observances, pranayama: breathing exercises and control of prana (life force), pratyahara: control of the senses, dharana: concentration and cultivating inner perceptual awareness, dhyana: devotion, meditation on the divine and Samadhi: union with the divine.

For now, we are going to focus on dhyana: devotion. Another Sanskrit term for this practice is Bhakti yoga. Bhakti yoga simply means devotion to the divine. It can take many forms; prayer, meditation, service, singing, etc… Kirtan is a form of Bhakti yoga. Kirtan is a folk music movement that was birthed out of India, where people repeat various names of the divine in order to praise, clear and elevate their consciousness. Sanskrit is the primary language used in Kirtan. Sanskrit is an ancient language, (over 4000 years old), and those tones and vibrations connect our hearts and brains to primal, soothing, organic sensations. In the west, the Kirtan movement has recently been burgeoning. Over the past 15-20 years performers like Krishna Das, Jai Uttal and Deva Premal have introduced a wave of yogis and fans to this deeply inspired music.

Originally, Paramahansa Yogananda, George Harrison and The Beatles brought this music from India to the Western cultures, weaving popular music together with sacred text. And now there are festivals, yoga retreats and community gatherings in numerous countries that surround this ancient practice. The real intent of this devotion is to lose your mental ramblings inside of music, music that happens to be repeatedly realigning your heart and mind to aspects of the divine. It is a powerful practice that can take shape in any style of music. There is rock and roll kirtan, reggae kirtan, folk kirtan-the list goes on. The common thread is the intent to collectively “lose our minds” in conscious musical vibrations, and to gain our hearts, joy and sanity in return. It is common for a bhajan, (song), to last anywhere from 15- 20 minutes a piece and the rhythm to pick up speed and intensity as the crowd sings along. Kirtan is quite ecstatic, yet, the arrival point is really in the meditation that occurs after each song. Everyone’s minds are clear, and the depth of collective internal and external silence is palpable.

For those of you who feel like you have never experienced kirtan, you have! It has been written into songs like Across the Universe, by The Beatles or My Sweet Lord, by George Harrison. And, recently, contemporary musicians like Trevor Hall are writing Kirtan into their choruses. This ancient practice is definitely gaining modern momentum. Perhaps because of it’s timeless ability to connect us with the divine. Find a Resonant Kirtan Community and enjoy this ancient communal practice of Bhakti yoga.